A performance based on the life and work of the German artist Kathe Kollwitz whose paintings and drawings depict working class life in the early twentieth century. the performance shows kollwitz just before her death, reliving events in her past. Rückblick means "flasbacks" and the production is structured as a series of tableaux evoking memories from childhood nightmares to dreams of her dying son on the battlefield. as in Kollwitz's work, many of the images are harrowing, and the themes of death, loss and war run through the performance.

"When it was over the audience shouted, stamped, then rose in heartfelt tribute"   The Stage 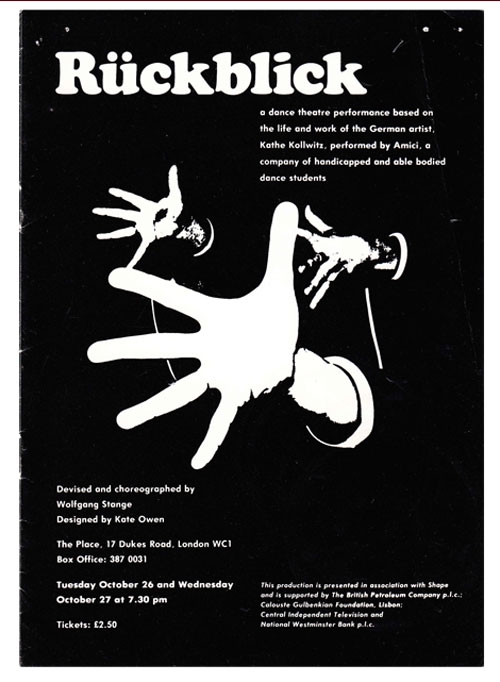 Revived in 1988 and performed at The Riverside Studios